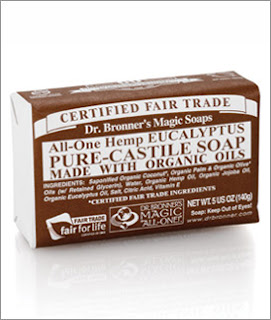 I'm no good at remembering jokes.  I enjoy hearing them - and have an appreciation for humor; I just don't retain the elements of the story in my brain. . . With one notable exception.

Many years ago I was at a small comedy club and an unknown comic took the mike.  He told this joke -

I've never forgotten that joke.  I think about it, with a chuckle, at least 30% of the times I reach for the soap in my shower.  I don't know why this has 'stuck' for so long, just that it has.  If only all the important lessons in life stuck with the vividness and the humor of that one. . .

Which is why I relate this story.  What I write, on this silly blog, is written with the hope that some of it will resonate and 'stick' with you.  It's my hope that the wheat will show through the chaff and, when you find yourself in need of a good idea in a bad situation, something you've read here will help.

In the meanwhile, Fly Safe - 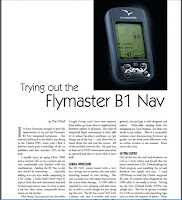 In an August post I reviewed the Flymaster B1Nav integrated flight instrument.  This post has been one of my most read posts, accessed through Google, by those researching flight instrument purchases.

I reformatted this post and submitted it to the U.S. USHPA magazine for inclusion in the October 2010 issue.  Before publication, the article was edited by the USHPA editor, Nick Greece.  The article came out and, except for some rather frustrating formatting errors and missing graphics, read the way I had written it - after being edited by the USHPA editor.  The article can be seen in it's published format here ->  http://issuu.com/us_hang_gliding_paragliding/docs/1010web_mag/18?mode=a_p

The article was written from the standpoint of (me) a pilot wishing to update his instrumentation or enter the Competition XC fray.  I prefaced the review by indicating my prior instrumentation was an "aging" Flytec 5020 and a Garmin 76S.  I also wanted to convey to the large number of aspiring XC pilots, who cannot afford a $1500 unit, that the B1Nav might be an affordable integrated instrument that delivers the necessary features while costing much less.

I want to fully disclose that I have received some minor discounts on some of my gear because I am an active pilot and this blog has a readership (20,000 page views in the last 6 months).  I've never made a statement that I haven't fully believed, nor made a recommendation based upon a freebie offered to me.  And I didn't this time - I honestly recommend the Flymaster B1 Nav for those who don't want to spend a grand and a half for a comparable Flytec unit.

Then I received the November USHPA mag. . .


In it, on page 9, was included a NOTE FROM THE EDITOR that addressed, solely and specifically, the article I had written and that had been edited by the editor.  The "note' covered more than nine column inches and seemed to be written as a counterpoint to my article.  It read, suspiciously, like it had been written by Flytec themselves, using the USHPA editor as a mouthpiece and the non-advert pages of the USHPA magazine as their advertising space.

It stated that "the article was not a review based on objective facts."  This is an accusation of personal bias and I resent the unveiled insinuation.  I'm a Flytec owner.  I like my Flytec instrument but it's time to upgrade to a newer unit and I reviewed the Flymaster after buying it.  Bias was not a factor.

It criticizes the fact that I compare it to the 5020 - after I prefaced my review by stating this fact.

It also states, "... since the B1Nav lacks significant features and functionality (compared to units costing twice as much) the comparison is weak."  This statement was made by the editor without a single example to support the statement. Frankly I'd like to hear what these 'features' are, since I don't fly one of these top-of-the-line units and wasn't reviewing them.

Then a comparison was made by the USHPA Editor to the Flytec 6015 as a "comparable unit".  I'd wager an expensive beer that this statement was made without him ever flying the 6015.  At least I referenced instruments that I own and have flown in cross country competitions.  To state that the 6015 has comparable features is nonsense.  The B1Nav is fully featured - read the article.

I think what's happened here is this - The October issue was edited during some seriously busy XC competition schedules this Summer.  The article wasn't my best work and his efforts to edit it properly were probably hindered by a busy flying schedule.  Then, after publication, Flytec USA gave Nick a lambasting, using every ounce of influence that their advertising dollars impart.  Nick's response was the NOTE FROM THE EDITOR where he threw me under the bus.

And now, this is my response to the NOTE.  You wouldn't be reading this if Nick had manned-up and acknowledged some responsibility as the editor of the article.  Instead he caved in when the pressure was on -  and the casualty was an uncompensated contributor.  If one uses a national magazine to attack my credibility, the least I can do is to respond on this little blog -

NEWS: Flytec has announced that they plan to add "significant features" to the 6030 firmware.  These features are already offered on the Flymaster B1Nav.

Fly safe and contribute to the USHPA mag, if you feel lucky -