Today was a great day in the Applegate Valley. I met up with Andy Palmer, Rob Sporrer, Nick Greece, and Matt Beechinor at the LZ. Tim drove us to launch and it looked good with cumulus clouds popping all around us. A couple students were in the air for a while and managed to find some lift at launch elevation, but it took an hour or so for the cycles to start, weakly, coming up the face of launch. 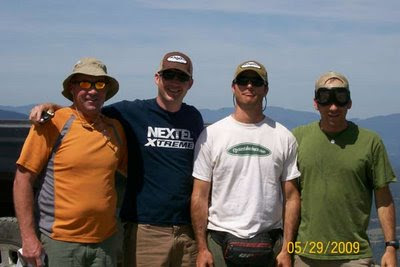 I launched first and managed to find a weak thermal that teased me as I drifted around the area trying to get up. I was able to hang for 15 minutes when I found a bubble that took me to 4500' and gave me the freedom to look around for a boomer. Meanwhile Farmer and Nick had launched but they immediately had to deal with a down cycle. Rob and Andy and (the other)Tim launched a few minutes later and also had problems getting up. 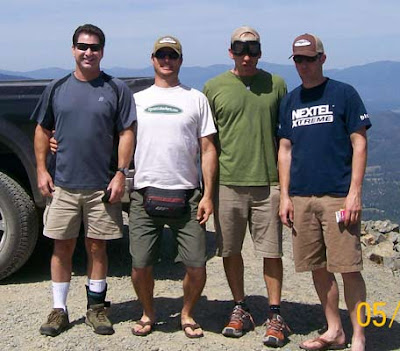 I was fortunate to be high enough to hang in the weak lift until Farmer worked his way up. We headed across to Rabies Ridge where we contacted some well formed convergence based lift. At this point Farmer headed out & I stayed with the lift until it topped out at 8600'. The clouds were still North and East of the direct course to Grant's Pass, but that's where we were going. I spent the next hour about 1/2 a thermal behind Farmer as we flew towards Grant's Pass. I feel bad because I really didn't contribute much to the flying, but it was a fun outing. We turned just short of Grant'sPass and decided to try to get back to Ruch. I was low man & wasn't willing to hike far (with my bum ankle) so I headed for a likely thermal trigger nearer the main road to Ruch. I got low and landed in a great field across the road from the Noble Dairy. After 45 minutes next to the road, displaying my 'GLIDER PILOT NEEDS RIDE' sign, Hector stopped to offer a ride. It was a fun day with a 24 mile flight in warm conditions. My flight track can be viewed HERE.

Tomorrow is registration day for the West Coast Paragliding Championships so I'll need to get back in time for that.