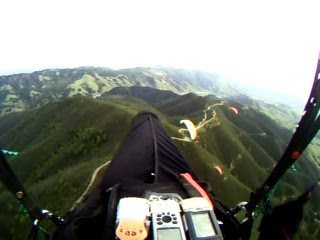 Posted by Tim at Monday, February 01, 2010
Email ThisBlogThis!Share to TwitterShare to FacebookShare to Pinterest

... good move sending the newbie off first as wind dummy ;-)

Yeah - They always fall for the 'Call for volunteers'