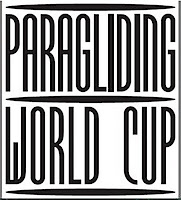 The PWC Superfinal's final task was a very fast 76 Km. task.  The winners were almost 40k/hr. and the top-60 into goal all flew faster than 35k/hr. average speeds.  Josh and Nick were running in the lead gaggle and accrued many leading points, placing 22nd and 23rd.  Eric found a hole and was slower, in  49th for the day.  Scores for the final task can be viewed HERE.

Cumulative results are HERE.  Josh maintained his hold on 5th place with Nick and Eric placing 22nd and 25th overall.  BZ had some tough tasks in the last few days placing 95th and Jack sat out the last two tasks after landing under canopy on task 7.  He finished up at 81st.

The US team placed 5th in the Nations standings - Congrats guys!

And finally, Big Congratulations to Peter Neuenschwander for flying well all week!


Here are a couple of great videos from Task 8 - yesterday -

A truly informative article. I have never read any thing like that.
avition report

Followed you through all the tasks, and needless to say, loved them all.