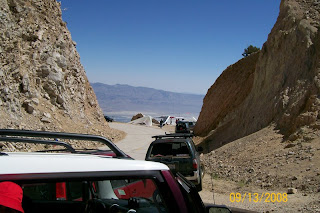 WOW - A great day of flying today. Jug, Tom, Jack, Nick, Gary & I all headed to Walt's today for a warm-up flight before the comp begins tomorrow. The forecast was for very light winds at all altitudes with an Easterly component. This combination made the choice of Walt's (on the Sierra side of the Owens Valley) one that made sense. It also had the added lure that none of us, except Tom, had launched from that side before. The plan was to head for Bishop, about 60 miles up-range from launch. 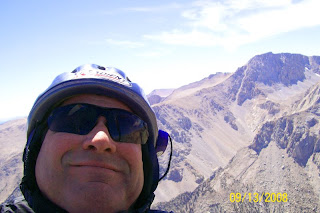 I launched second and found lift very quickly. I have no oxygen system for the week so my plan was to see how my body reacted to climbs to 13500-14500'. For the first 15-20 miles I climbed to 13,500' & left the lift to go on glide until I was 12,000' & then take climbs again to 13,500'. I basically pointed the glider North, climbed when it made sense, glided along the Eastern side of the sierras on one of the most enjoyable flights ever. The scenery was amazing. I've flown the Owens before, but never this side. Mt Whitney and the associated pinnacles were unbelievable. My photos don't do the views justice, but may give an idea of the scale of the landscape. 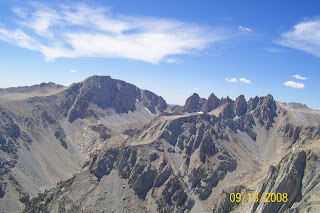 An early gaggle launched an hour or so ahead of us & some of these guys flew 100 miles. Our group split up & most landed 15 miles S. of Bishop in Big Pine. I was able to make it to Bishop & landed next to 395 in a nice field. Roger Marsh was just driving into town (from San Diego) & stopped to give me a ride - Thanks Roger!

A great day with a 68 mile flight. I hope the conditions continue to be so conducive to long, enjoyable flights. My flight is HERE. 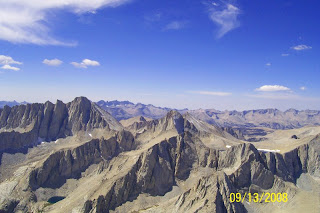