The forecast for the day looked a bit windy but the conditions at launch were encouraging. The wind on the valley floor, at the Bishop airport, was calm & we had cumulus clouds forming nicely over the Sierras and the Whites. A task was called early that took us North from launch, along the White range, with a turnpoint in the flats at the Paiute LZ and Hammil then to Benton at the North end of the Whites. The task was short at 49.8km.(31 miles) but would have us on the deck before the wind picked up. . .

The start was a multi-gate start, every 20 minutes beginning with a 11:45 start and ending with a 1:05 start. The goal would close at 4pm.

Some of the wind techs were hanging on but not getting up at 11:45. I wanted to get in the air before the wind picked up so I got in line, only to step out when nearing the launch point. I waited 15 minutes and saw some weak climbs out front, so I launched into the fray. The lift was very weak but I was able to get to about 1500' over launch. The thermals seemed to break apart at this altitude so, for the next 40 minutes, I just boated around in disorganized lift and a 10-20 mph wind from the South. The clouds were beginning to overdevelop with virga visible so being in the air much longer wasn't going to be fun. The task was officially cancelled at 12:20 or so. A couple guys, with more hunger than I, were able to get away & they flew downwind along the Whites. I think most landed down in the Paiute LZ. I landed after the launch director reported strong winds at launch, around 12:46pm. 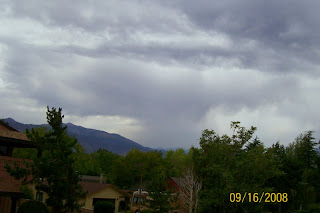 It's a bit disappointing because the day looked quite good for a while. The forecast for tomorrow still calls for some 10kts of South wind and cloud cover for much of the valley.

I must say that I am still impressed by the handling, performance, and safety of my Gradient Avax XC2. It has been solid in some very dynamic air. I'm really happy with it after flying 80+ hours & 1300km. in 4 major competitions and many more weekend events.