Shut Up and FLY 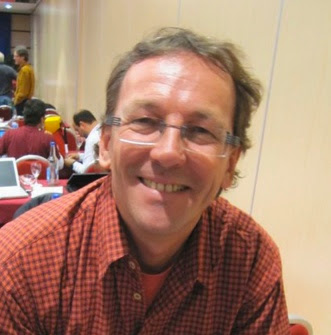 Those are words that Xavier used, on occasion. Sometimes he was less polite. But he always had an infectuous smile and a good humor. From the look of the social networking sites and the mainstream PG info outlets, Xavier's loss in Peru has stirred a lot of emotions. I only know him from the Chelan PWC, but I had looked forward to attending another competition that he was running. . . This, unfortunately, will not be possible. Xavier's wing has been spotted at around 4800 meters in the Peruvian Andes and his remains will no doubt be recovered soon.


It's been a sad week for our community. In Spain, the loss of life has resulted in two days of down time and the Competition Organizers are working to modify the tasks to minimize pilot exposure to high risk conditions. They are also considering modifying the emphasis on speed and elapsed time in scoring. The hope is that less pilots will use full speed if elapsed time isn't an important factor in scoring.

My reactions to this is (deep sigh) a bit frustrated. But I imagine it is not as much as the frustration of those who worked hard to make the teams and flew across oceans to compete on the world stage - only to have the rules changed and the advantages of the modern wings neutered by the new format and restrictions.

I'm going flying with the NorCal league this weekend. I'm not going to comment on the current state of open class paragliding any more, for now, because I've already gone on record with my opinions. I just hope my friends at the Worlds come home safe.