We met at WCPC-HQ at 9AM while rain fell under overcast skies. Jeff Huey (Safety Director)talked a bit about safety and, I think we've coined a new moniker for his position - "Director of Danger" ;-)

We met Lucas, a local student from the Ruch area who was the recipient of a scholarship resulting from donations by pilots at last year's WCPC and Rat Race. He talked a bit about his aspirations and thanked the collective for our generosity. The Rogue Valley club is doing an amazing job of interfacing with local land-owners and residents. We actually feel welcome in the valley, which is very nice.

It was determined that the weather forecast showed potential for a late task this afternoon. We agreed to meet again at 1PM at the HQ.

We headed up the hill to launch only to be greeted by a rain shower on top. Soon it began to clear and a task was called. 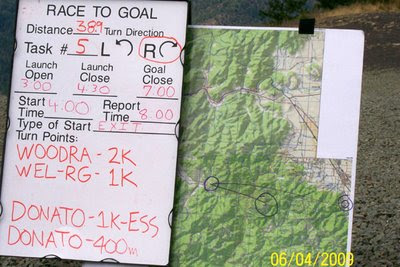 A few pilots launched, but the wind at launch came up and I got popped when I tried. I killed the wing and decided to sit it out until the wind decreased. Launch closed for about 15 minutes and the task was canceled due to winds (at altitude - not launch) at 30 minutes before the start. 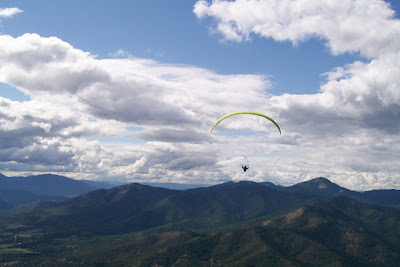 I launched to free-fly when the winds decreased and enjoyed a nice, short flight. I landed at the Longsword Winery with many other pilots. We were met by lovely Charlene who offered a glass of wine to those who landed in their LZ. 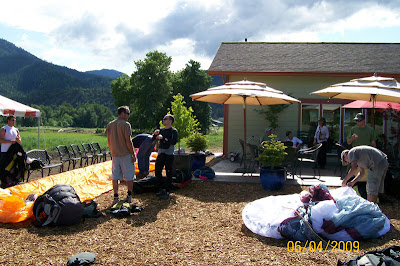 Tomorrow looks very weak, but flyable. Saturday looks great.
Below is a view of launch when a rain shower caused a rainbow over the LZ this evening. 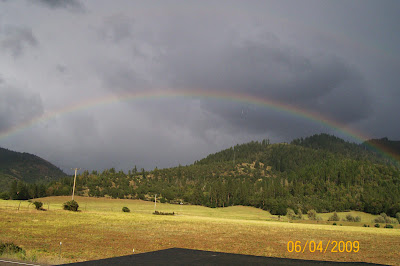