To view photos larger cntrl/click on photo
All photos were taken well after today's flight! 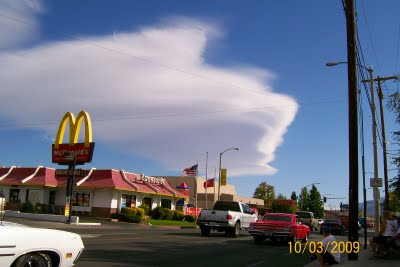 I’ve been in Bishop for three days. Flying the Owens is the best anywhere, when it’s good; and a great disappointment when it’s not. Usually it’s either great or not flyable. This week has been fairly ‘ho-hum’ with some exceptions. . .

The first day (Thursday) was Jug, Tom, Steve, Eric, and me at Paiute launch. We knew the climbs would not be above 10,000’, but we still made plans to fly North. I went first and flew around the area for 45 minutes before heading out. Tom and Jug were in the flats getting decent climbs and I was paralleling them along the foothills of the Whites. Eric and Steve launched a bit later, and the climbs improved a bit for them.

Eventually Tom, Jug, and I all landed about 14 miles from launch, next to Hwy 6. Steve made it up to Benton, and Eric landed about 30 miles out. We all hitched back to Paiute and met the truck there.

Friday we all headed up to Paiute again, this time the 5 of us were joined by 15 other pilots on launch. I launched early again and flew for 1:15 in ragged conditions, never climbing over 9000’. I landed in the LZ, while Jug, Tom, Steve, and Eric all landed after 30-40 minutes, a few miles N. along Hwy 6.

Saturday was the first scheduled day of the BAPA league competition. We all met at 9AM and the decision was made to cancel the day due to forecasts predicting high winds. Jug and I were making plans to go for a hike in the Sierra when a contingent of pilots suggested a quick flight off Flynn’s launch. I didn’t have to be asked twice, and went along to “take a look.”

When we got to launch the conditions looked very benign and the wind at the Bishop airport was calm. A few of the crowd launched and went to the LZ quickly. I waited about 15 more minutes and figured I’d get an extended sledder and a ride back up the hill. Katrina, I, and Phil all launched together and played with a couple of sharp-edged thermals that took us to about 700’ above launch and then fell apart.

Eventually I was able to coax another 1000’ and worked back a bit to the higher ground, where another bit of lift put the next bench back into reach. I was very aware of the winds aloft as I climbed and watching the valley for any indications that the forecast winds were picking up. Every 1000’ or so I’d roll out of the climb and do a short ‘penetration check’ to verify that moving forward into the valley wasn’t a problem.

When I was climbing through 11,000’, I started to feel the cold. I really hadn’t planned on a high flight and hadn’t worn my thermal top and balaclava. At 12,000’, the lift felt much smoother and I started to feel that I was flirting with the wave that was obviously in the vicinity. I decided that it was time head back out front; I’d had my fun and didn’t want to extend the flight into the ugly conditions forecast for later in the day. I had to anticipate what the conditions would be in the LZ 30-40 minutes from now, since that was how long the descent could take. As I penetrated out, I played with the speed bar a bit. It’s amazing how much the speed increases on the Boom 5. I pushed ¼ bar for quite a while, then ½ bar. Not because I had to, but because I wanted to take the opportunity to feel out this wing. All the while, I’d throttle the bar to compensate for movement of the wing due to turbulence.
My concerns with the wind and penetration were valid, but I’d made the decision to come out front before the winds increased above 12-14 mph.

After getting out front I headed North to fly over launch. I still had around 8,000’ (3,000-4,000’ AGL) and pushed about ¾ bar for a while. The wing felt very stable and solid until I hit a ‘bump’ that loaded up the wing and then I went very light in the harness. At that moment the wing just ‘went away’ and disappeared behind me. I waited for the surge and caught the wing as it came forward without any asymmetry, but the right wing was badly cravatted. I counter steered and weight-shifted to hold my heading (as best I could) and started to fish the stabilo line to clear the tip. At that point the wing started to wind up to the right and I had to increase the counter-steer by giving the left brake more pressure, to slow the turn. The tug on the left brake caused the wing to stall, so I went immediately to a full stall position with both brakes to ‘reset’ things. After holding the stall for a couple oscillations I recovered, with the cravatte cleared, and stopped the surge. It was a text-book recovery and I hope they all go that well. From the looks of my flight trace, I only lost 200-300 feet during the maneuver.

I landed in the LZ about 30 minutes later in dead-calm winds. About an hour later (2 hours after I decided it was time to head to the LZ) it was gusting to 25.
The lessons learned from today’s flight:

1. Don’t underestimate the ferocity of the conditions in the Owens. The weather can change very quickly. I would have shown more sense, perhaps, if I’d called it a day earlier in the flight, or had not climbed as high. The reason I say that is because I do believe I was nibbling at the edge of the wave. Paragliders aren’t an appropriate flying machine to play with wave - especially in the Owens Valley. I pushed things a bit today and got away with it – If I’d pushed any farther things might have gotten ugly because the envelope of a PG is so narrow.

2. I only have about 5 hours on my Boom 5 now and I really shouldn’t be playing around with more than ½ speed bar until I am comfortable on the wing and can understand what it’s telling me. One of the reasons my wing blew up is that I didn’t recognize that it would probably do so when I hit the bump. I’m proud that the recovery went well and I didn’t over control and create a cascading event that went on and on. Using speed bar down low is for others, more motivated than I.

3. The Boomerang 5 is a good, honest wing that is solid until you (I) fly it with a disregard for its peculiarities. It treated me well today and I am getting better at flying it.

4. Thanks to Brad Gun for his SIV magic. I must have learned a lot because it all came through today.

All-in-all today was a fun, eventful, educational, and humbling day. That’s the personality of the Owens and maybe, that’s why I enjoy flying here so much.

interesting story, sounds like you walked the line of fun and scary. what would you have done if the caveat was 200-300 feet above ground? (since you lost that much you estimate clearing it).

I'm not pushing any speed bar below 1000'AGL, which will improve the odds considerably. The only way to handle a blow-up/cravat at low altitude is to throw the reserve.