Today was my character builder . . .
Some people think that everything happens for a reason, and others just think "shit happens".  I'm not sure which camp I'm in but today was my character builder.  I launched about 30 minutes before the start time and had plenty of time to get up & over for the start, but once in the air I never achieved launch altitude.  I gave it a good fight but the cloud had consolidated, putting much of the Butte in shadow, and a group of us just couldn't wish, hope, or cuss our way back to launch altitude.  So I've built some character - but let's face it, a guy can only handle so much character. . .

The task today was a 120K+ task from Launch to Brewster School to Bump in the Road to Gonam Pk to the Soccer Field LZ.  The radii of the turnpoints was 5K and 10K so the actual length of the course was about  100K.  There were considerably more cumulus activity today than on previous days and conditions looked great if you could get away from the hill & get established on the rim.


I just got back to the room and the task has been stopped due to rain on the course.  See the photo below for an indication of how things were looking shortly before the rain began.  It sounds like the task will be scored using 17:10 as the stop time.  Josh, Jack Brown, Eric Reed, and Brett Hazlett were all close to the finish according to the SPOT page, check back for scores. 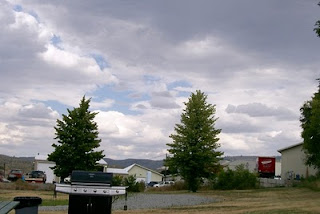 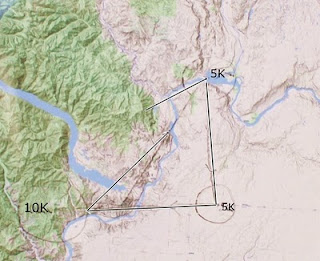 Scores will be HERE   I expect to get less than 10 points today, so my standing will drop considerably.
Tim